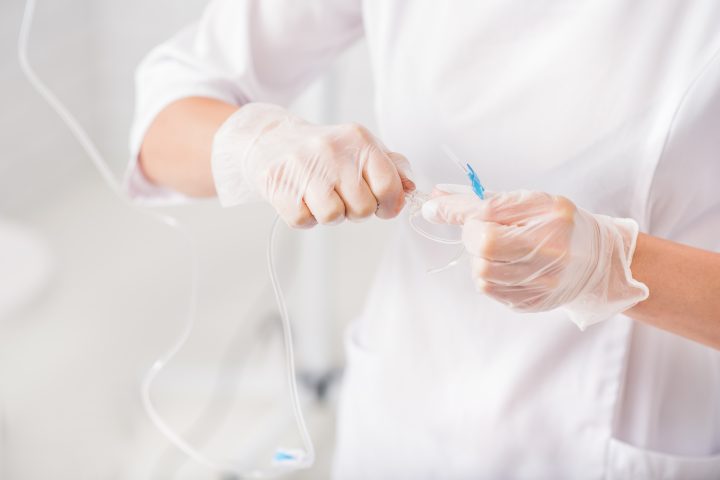 Today, anyone who has to endure painful dental treatment asks their dentist for an injection as a matter of course. But in the case of a first operation with general anaesthesia, many patients probably ask themselves whether they will really not notice anything of the operation and the pain – despite comprehensive information from the anaesthetist.

The word anaesthesia comes from the ancient Greek (ἀναισθησία) and means “without sensation, without perception”. As the two examples above show, a very rough distinction is made between local and general anaesthesia. In the latter, also called general anaesthesia, perception is switched off altogether, the anaesthetised patient has no consciousness and thus no memory of the procedure that was performed on him. With local partial anaesthesia, on the other hand, only individual nerve conductions at the site of pain are blocked, the patient remains awake and – if he has good nerves – can watch the surgeon at work.

Medical treatment without pain (and without the debilitating fear of pain) is a significant milestone in medicine that has many stages, the first of which go far back into antiquity.

Even the ancient Greeks recognised that it is difficult to treat a person who is thrashing about in pain. The anaesthetic effect of alcohol and the opioids of the opium poppy (Papaver somniferum) were already known to Hippocrates. Other plants such as mandrake, henbane and water hemlock, today classified as poisons, had also been administered by knowledgeable herbalists for centuries. These “convicted witches” often had to pay for excessive doses with their own lives.

Another rustic method of anaesthesia consisted of a violent blow to the head, as a result of which the operation could be carried out, but the patient not infrequently died as a result of the head injury. If seasonal circumstances permitted, ice was used for anaesthesia and, in the case of amputations, a biting wedge was also clamped between the teeth of war casualties. Napoleon’s personal physician, Dominique Jean Larrey, is said to have performed several hundred amputations a day during the Russian campaign. Instead of anaesthesia, he relied on speed; he is said to have needed between 60 and 90 seconds per amputation, with a survival rate that was significantly higher than the usual 10 to 15 percent.

In 1804, the Japanese surgeon Hanaoka Seishû performed the first verifiable operation under a successful general anaesthetic using an anaesthetic based on mandrake and datura. Unfortunately, this knowledge was not to reach Europe until much later due to Japan’s isolationist policy at the time. Suggestive methods such as hypnosis were also practised in Europe in the 18th and 19th centuries, in which the patient was supposed to be put into a different state of consciousness.

Breakthrough thanks to oxygen

It was not until the discovery of oxygen in 1774 that the mind-altering effects of various gases began to be tested, often in self-experiments. In 1800, for example, Humphry Davy found that inhaled nitrous oxide (N2 O) reduced the sensation of pain. However, the occasional side effects of inhalation anaesthesia caused by laughing gas, which was also known as a party drug and was considered unseemly, initially prevented further research on inhalation gases.

It was not until about half a century later, on 16 October 1846, that William Morton succeeded in removing a tumour under a general ether anaesthetic in Boston. This groundbreaking success was the birth of modern anaesthesia. The procedure was published in the Journal of Medicine and is still considered one of the most important medical publications today.

In the 20th century, significant developments in anaesthesia again took place in Germany and Europe. Especially in the 1930s and 1940s, many anaesthetic drugs were synthesised by German scientists. Today, anaesthesia is safer than ever before. This is due, on the one hand, to highly trained anaesthesia teams who play a central role in the operating theatre. On the other hand, the development of highly effective and precisely dosed drugs continues to progress. In addition, the technically sophisticated monitoring options for patients and the medical-technical aids, such as restraints, also contribute to higher patient safety.

An important company in the field of medical aids and medical technology solutions for hospital operations is the SHS portfolio company Novo Klinik-Service GmbH (link: https://www.its-novo.de), which has been successful on the market for more than 30 years.